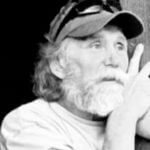 a hundred years, none from death saved.
First carved bed to coffins sad heft,
a fine tree from cradle to grave.
Frost was my first real bard crush.
Evil Tendencies Cancel,
a verse short and hopeful. Blights hard
canker blooms in woods deep dark hush.
Now a century’s toil resumes.
First Darling dives into the soil.
Evil tendencies cancel
and a smoldering ire consumes.
Now, we plant not knowing cost due.
To save the chestnut that was lost,
we have known only one thing true,
evil tendencies cancel.
*  Robert Frost wrote the short poem “Evil Tendencies Cancel.” in 1936. By the time he wrote the poem approximately two billion chestnut trees had died from a disease introduced in 1904. Genetically modified trees (Darling 58) that help castanea dentata (American Chestnut) resist the blight are now producing nuts in experimental orchards.