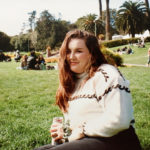 i’ve gone moldy in sheets
and damp on desk chairs,
i’ve grown mushrooms under fingernails
and mildew between molars.

voyer to the rotting girls,
watch their knees and elbows go green and furry
as they sculpt hollows in their mattresses
and cracks of silence against morning bird calls.

One thought on "stats"